I grew up in a wonderful home with an amazing mother. My 2 grandmothers lived close by and we were spoiled by them. One was named Anna and the other Rhea Anna. And so my handle if you will is Granny Ann. Together those 3 women taught me everything and taught me how to love living life by hand. I hope you enjoy the adventure as much as I have. 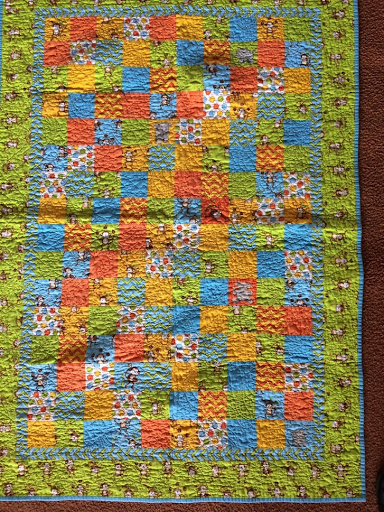 Posted by GrannyAnn at 1:11 PM No comments:

Another Quilt in memory of Kaydrie.

Posted by GrannyAnn at 9:32 AM No comments:

Posted by GrannyAnn at 9:21 AM No comments:

Another baptism, another quilt. This was for my first granddaughter to be baptised. It is so fun to see what Primary songs they will pick to be placed on their quilt. Usually it is the songs they are singing that year at church. Sometimes they surprise me. Her are Miss B's Songs: 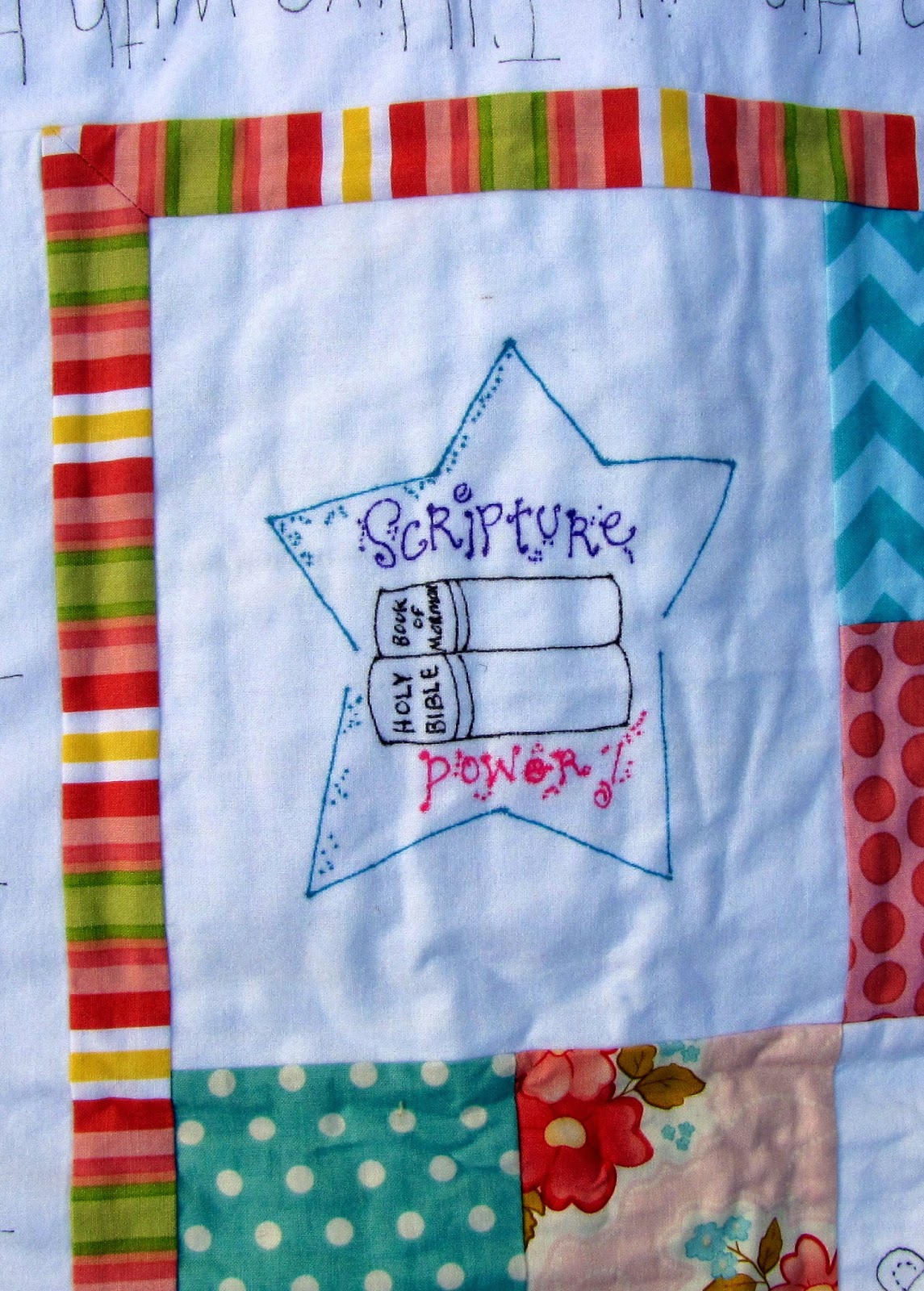 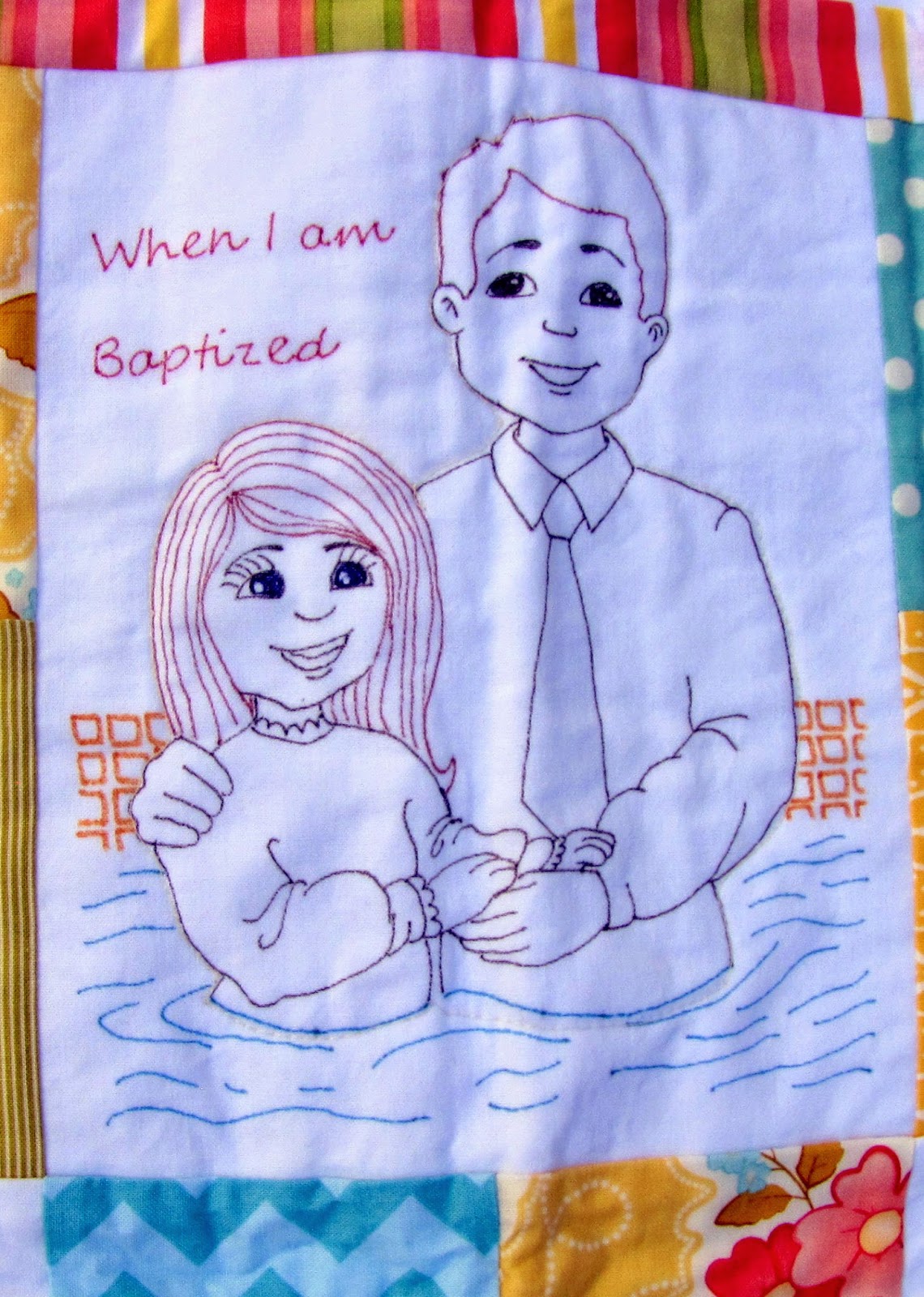 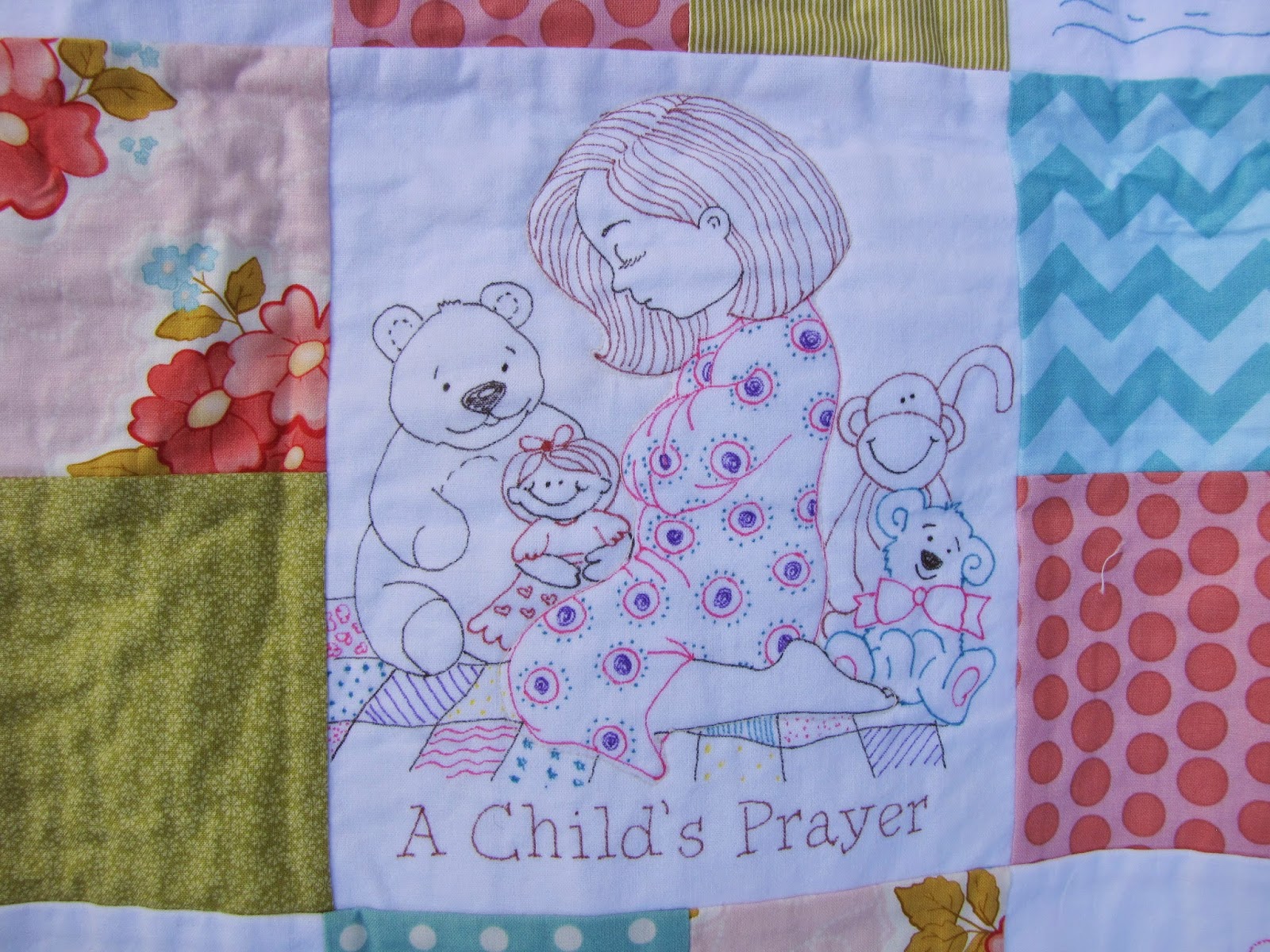 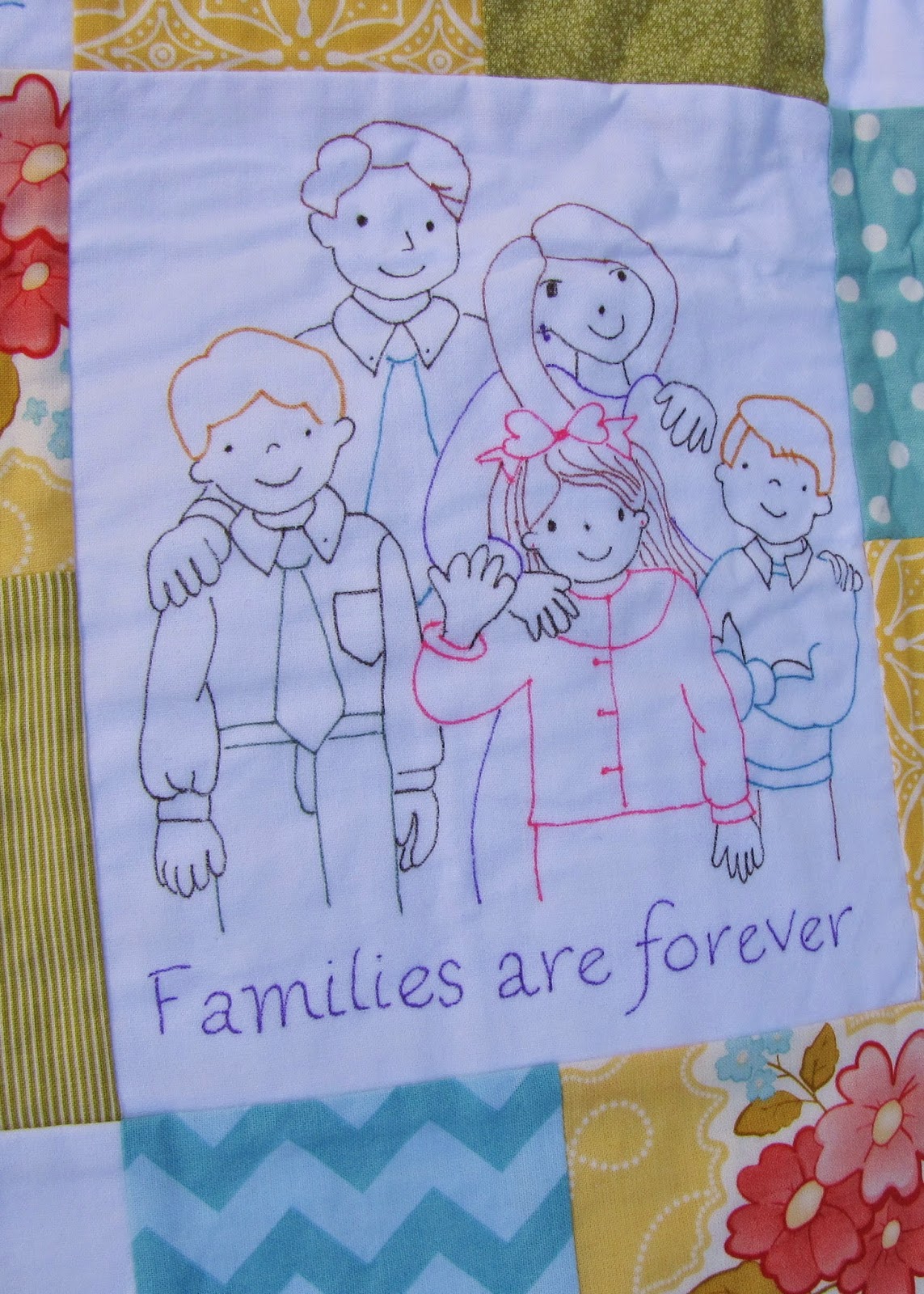 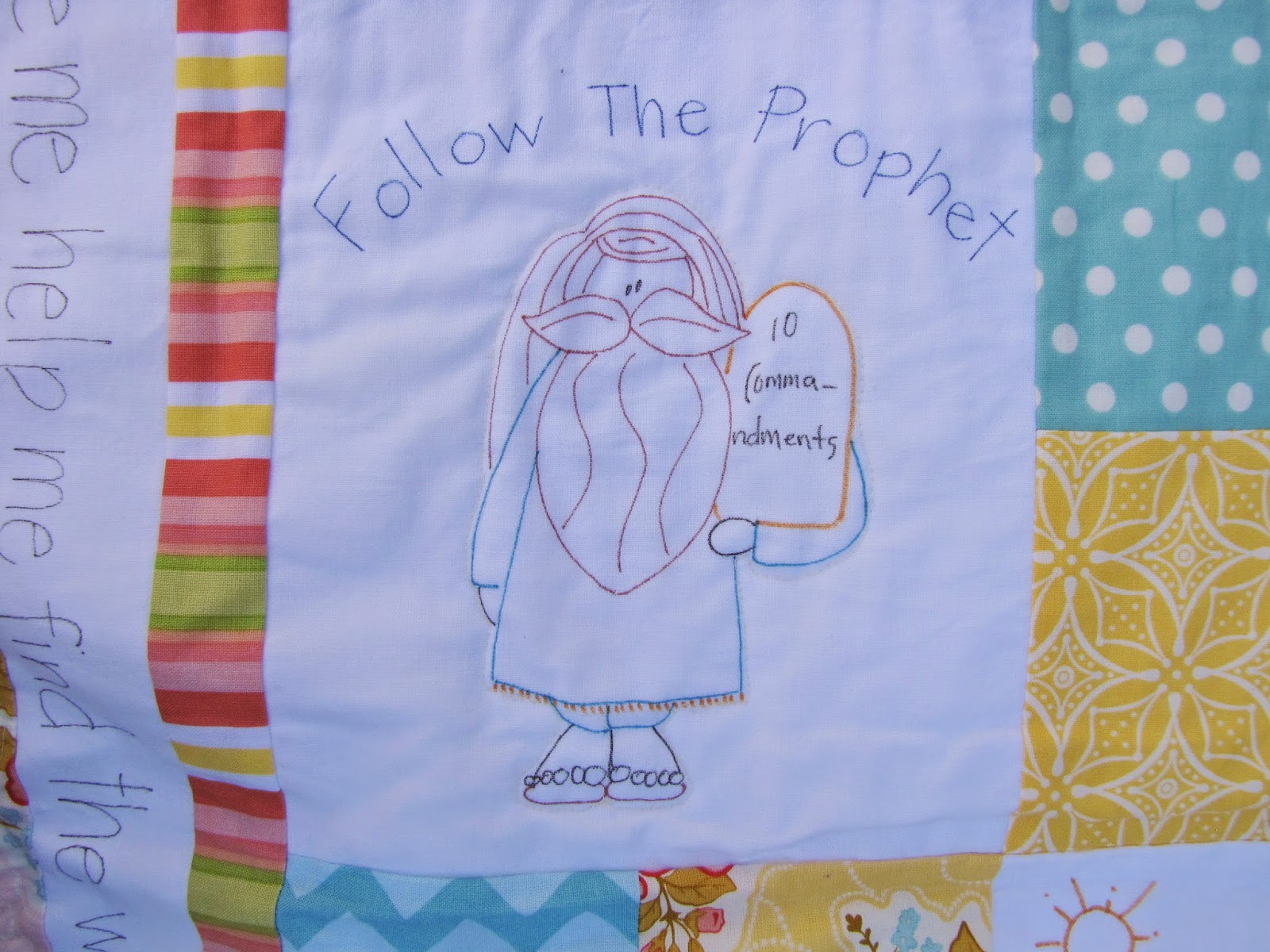 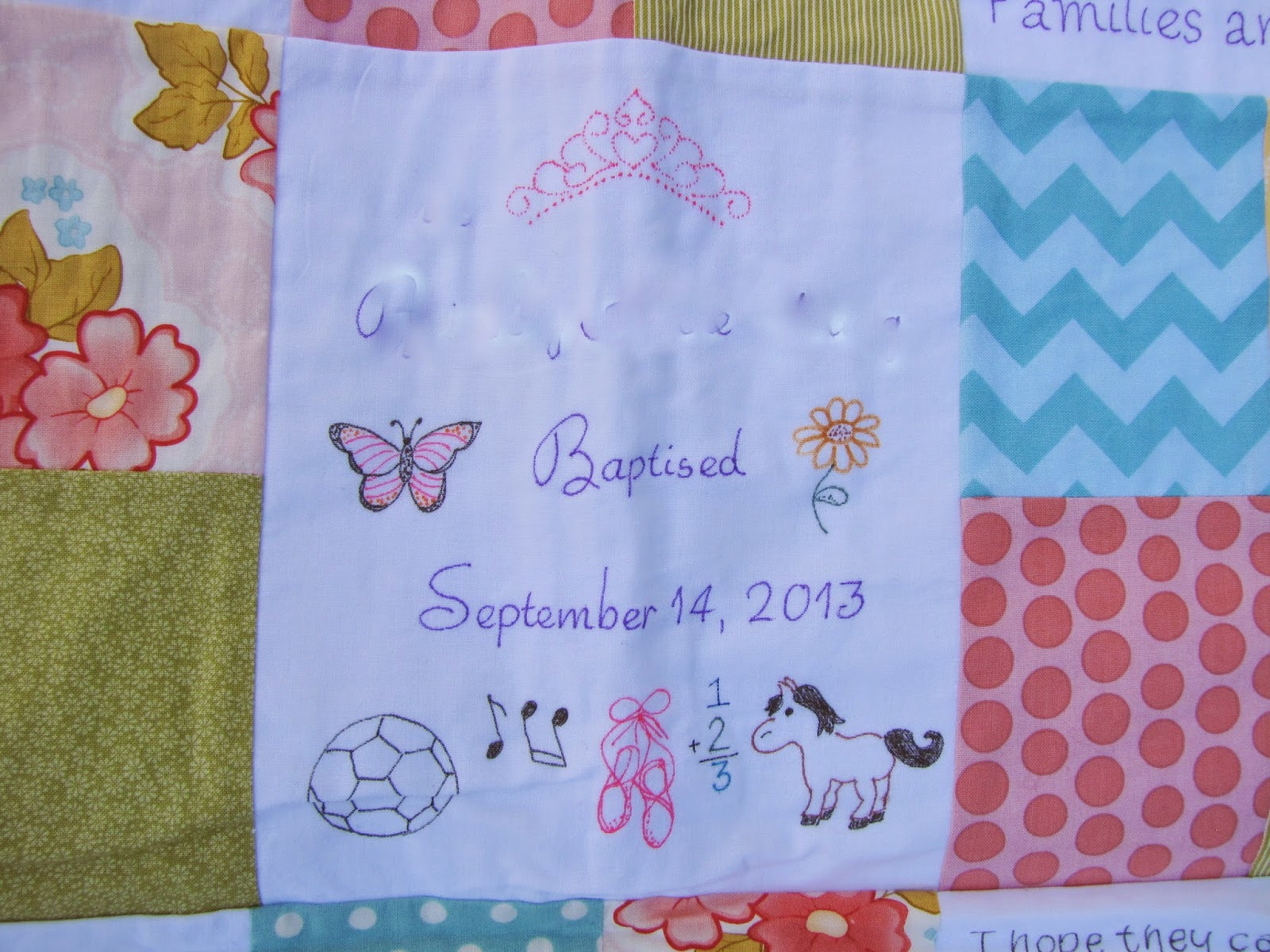 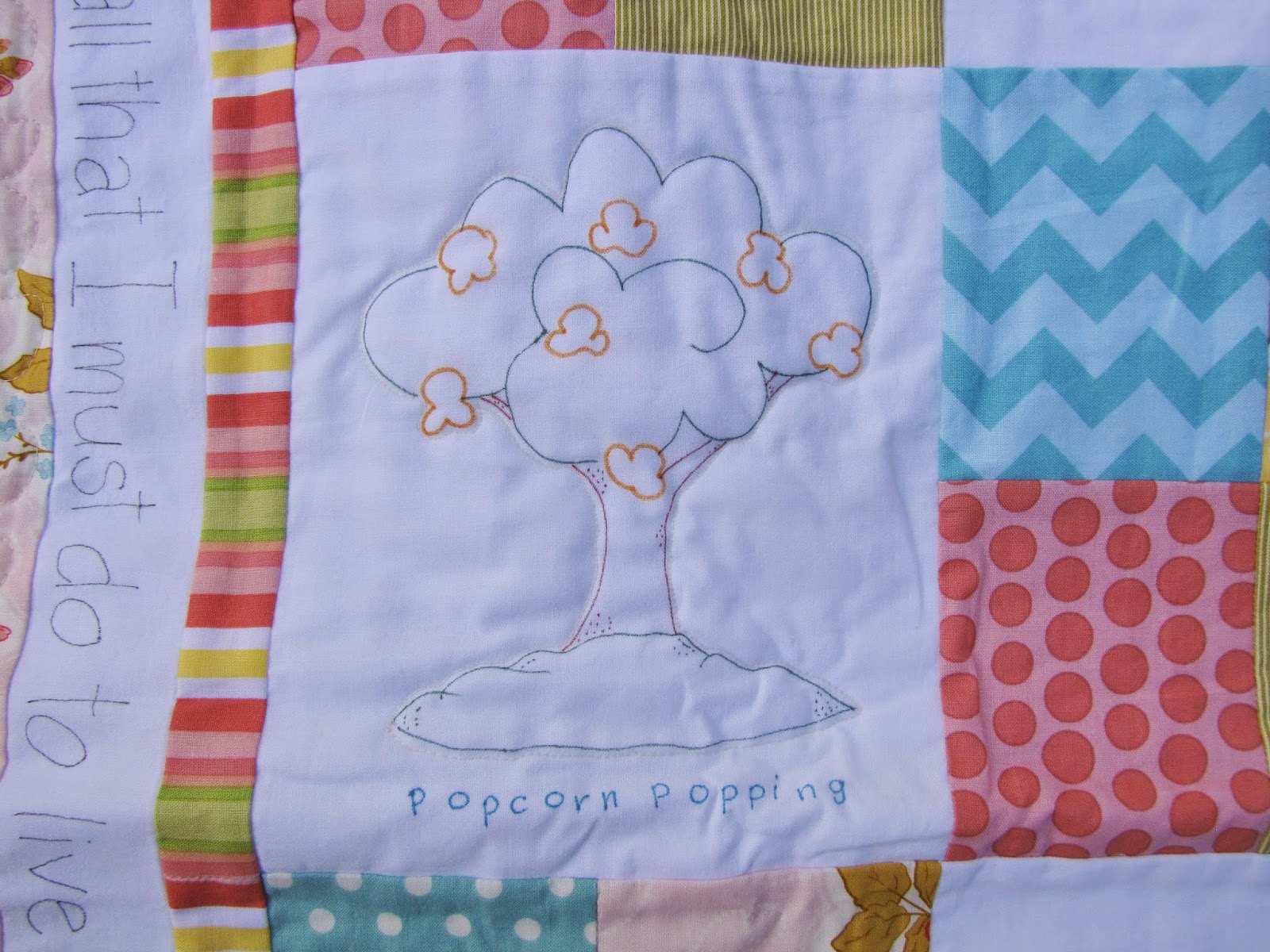 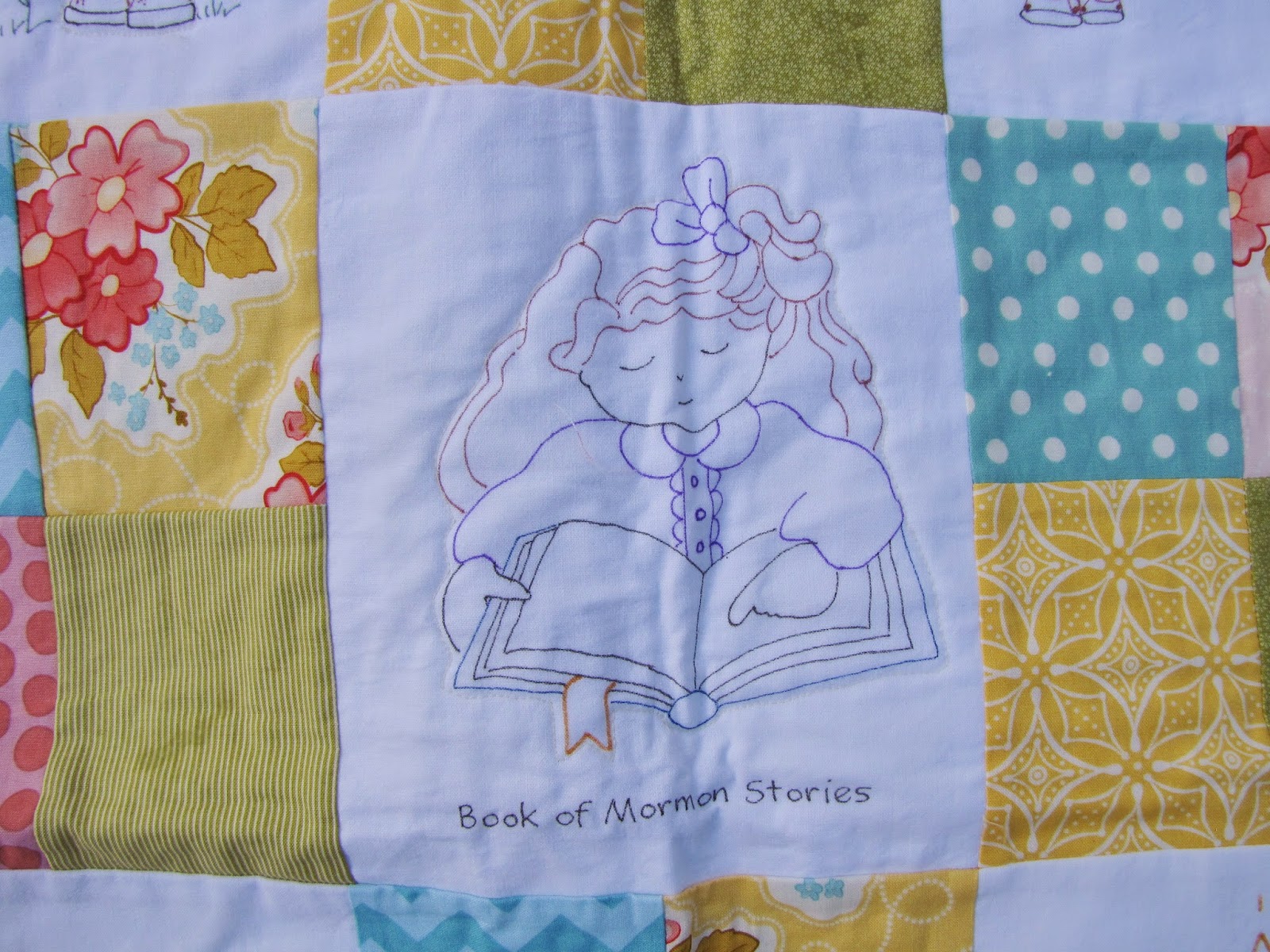 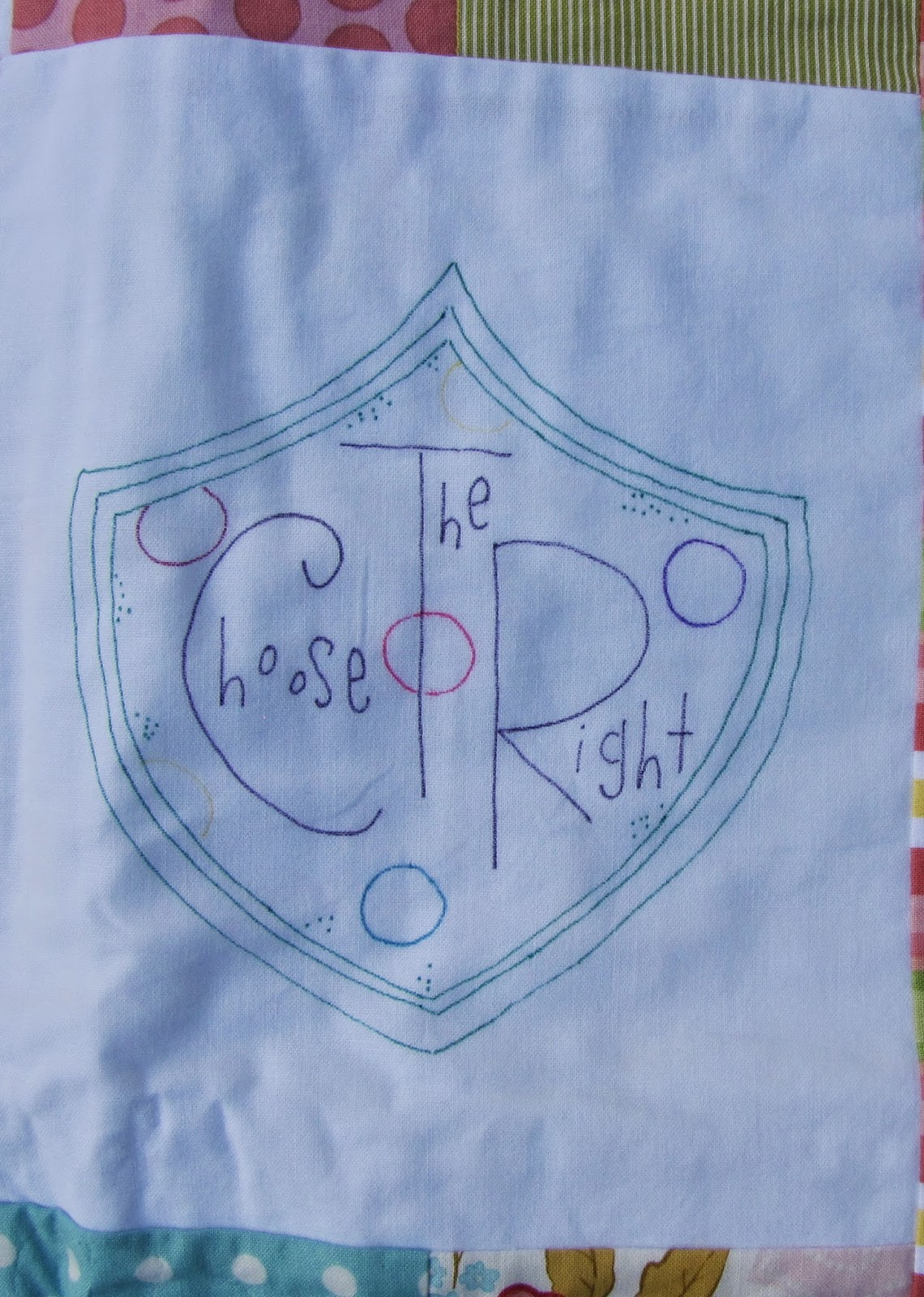 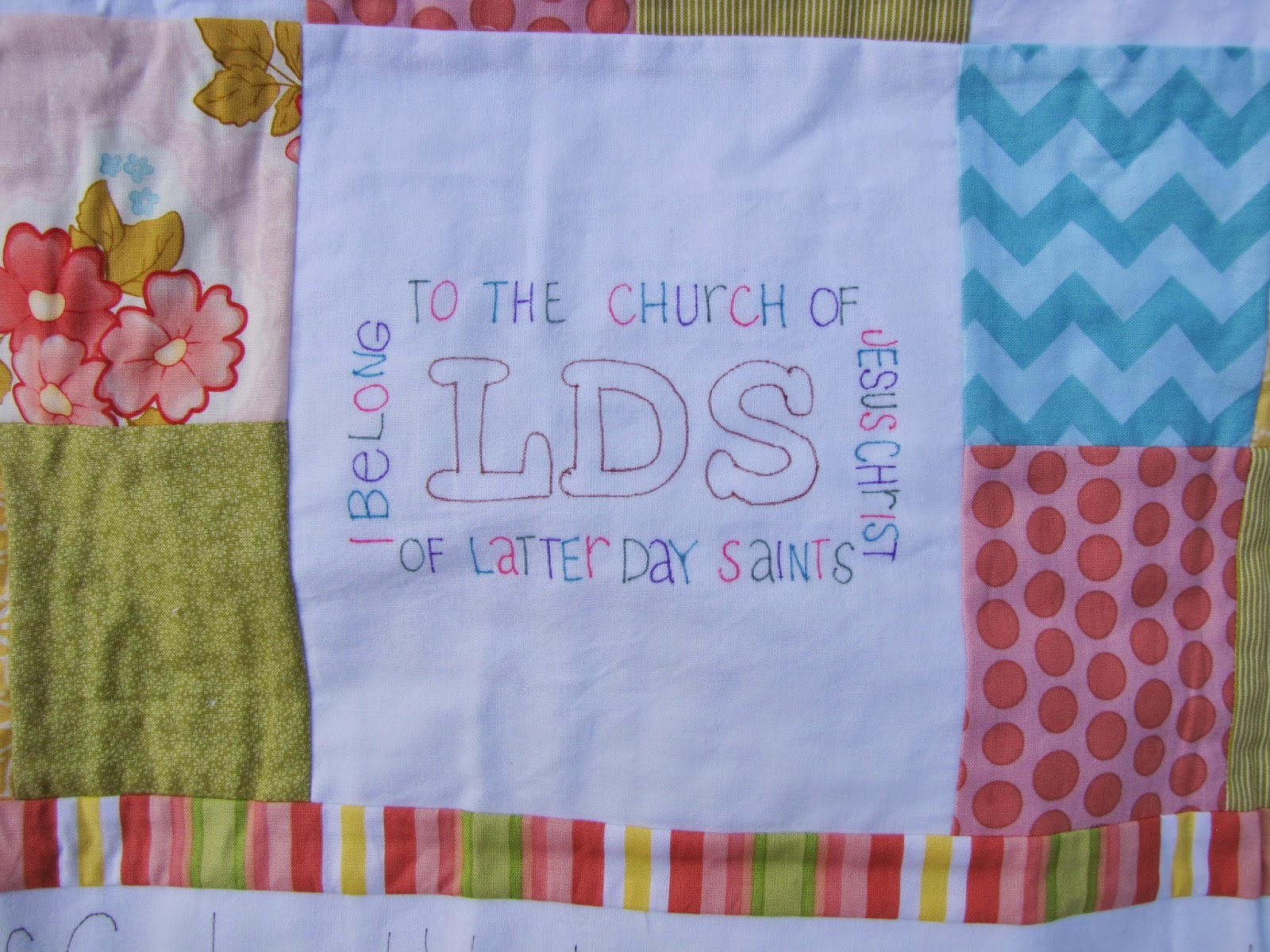 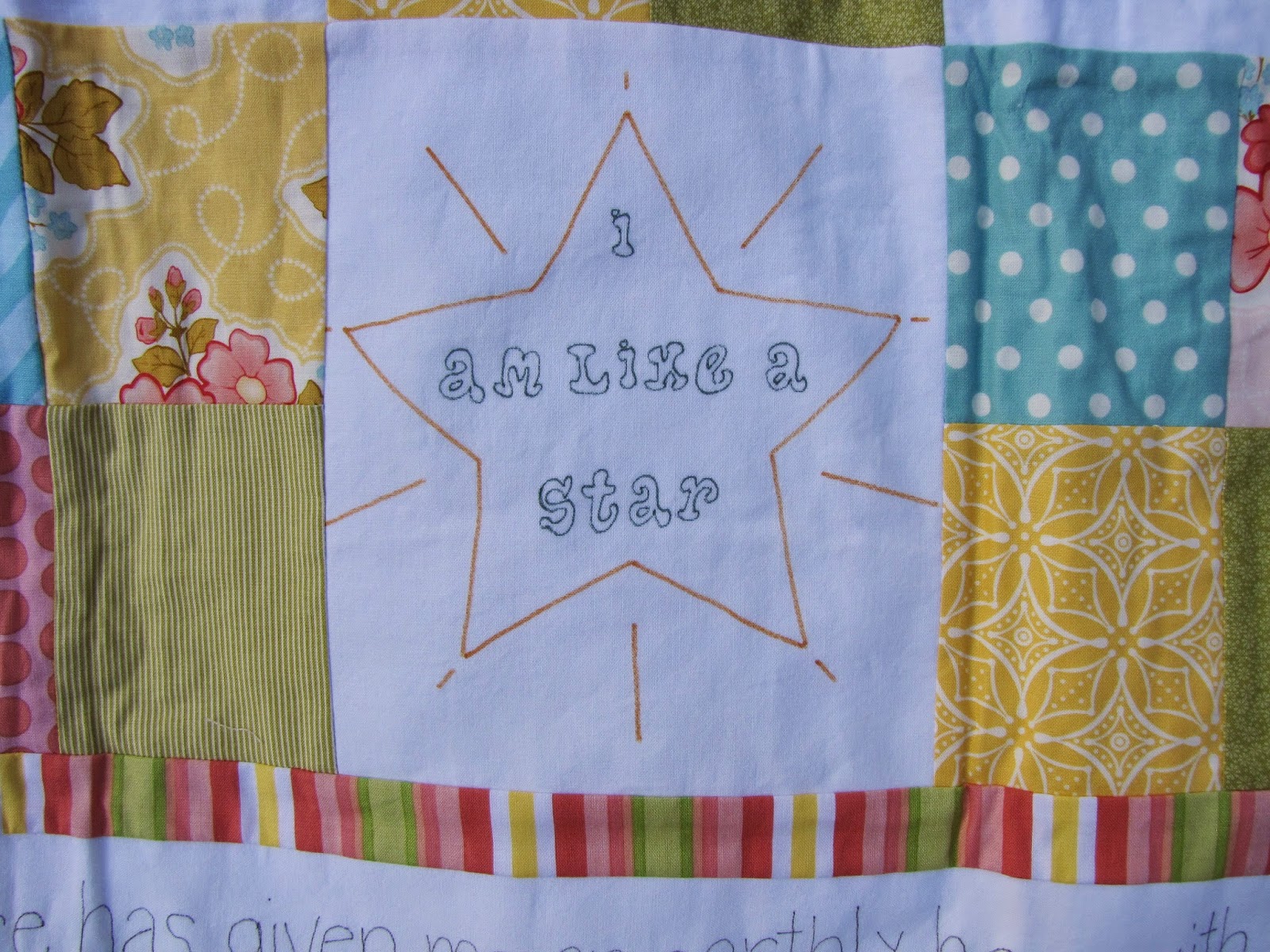 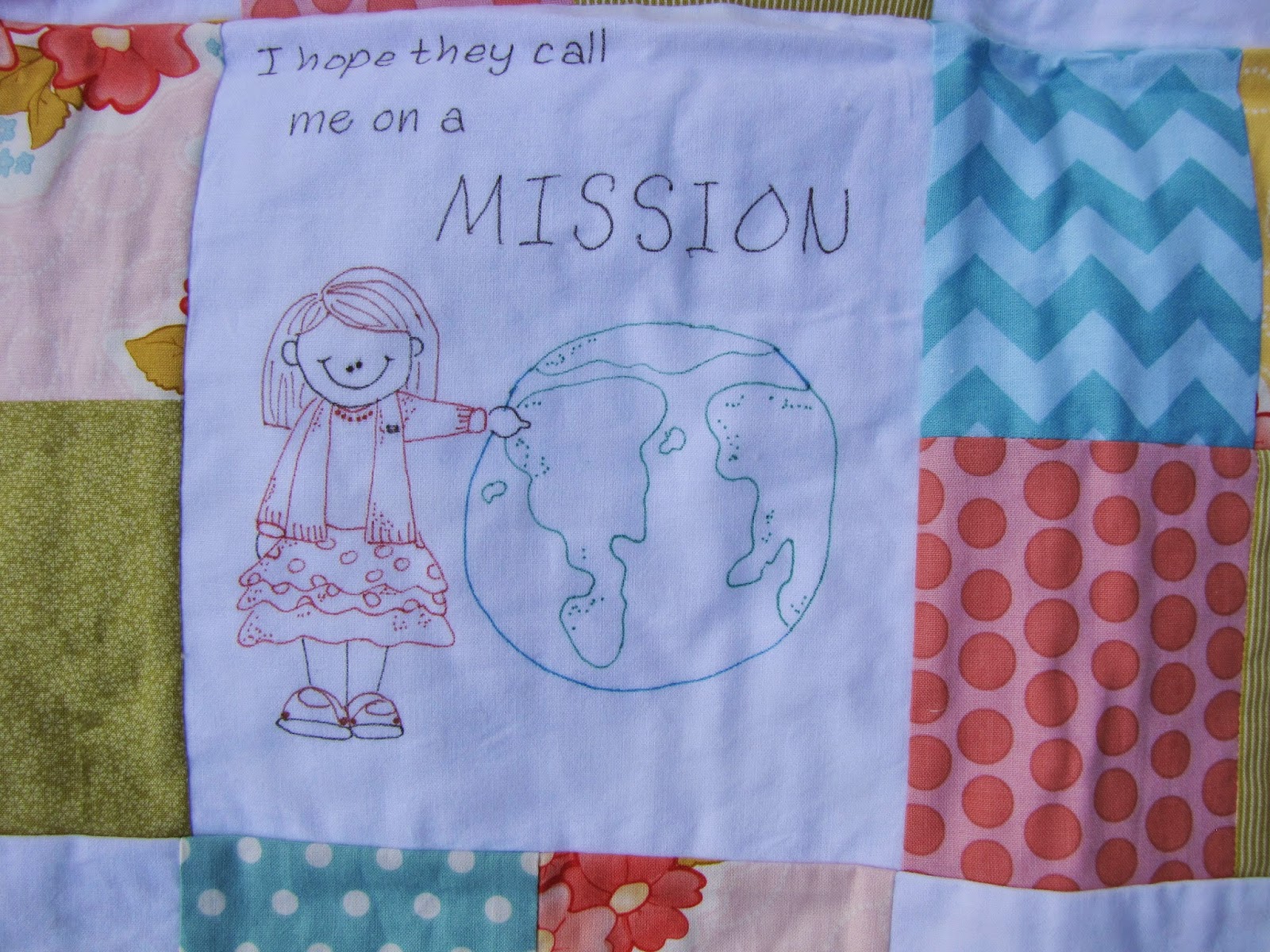 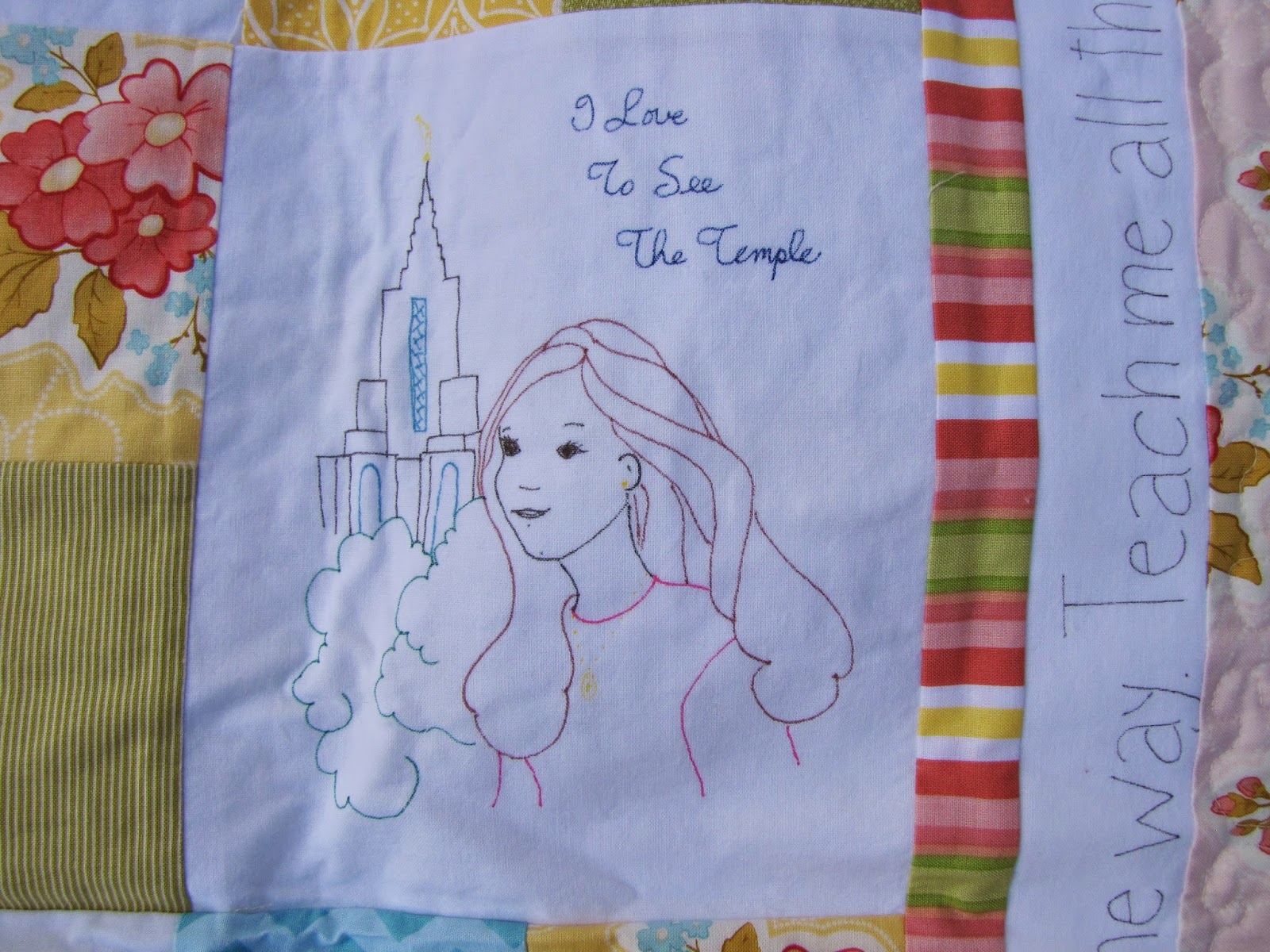 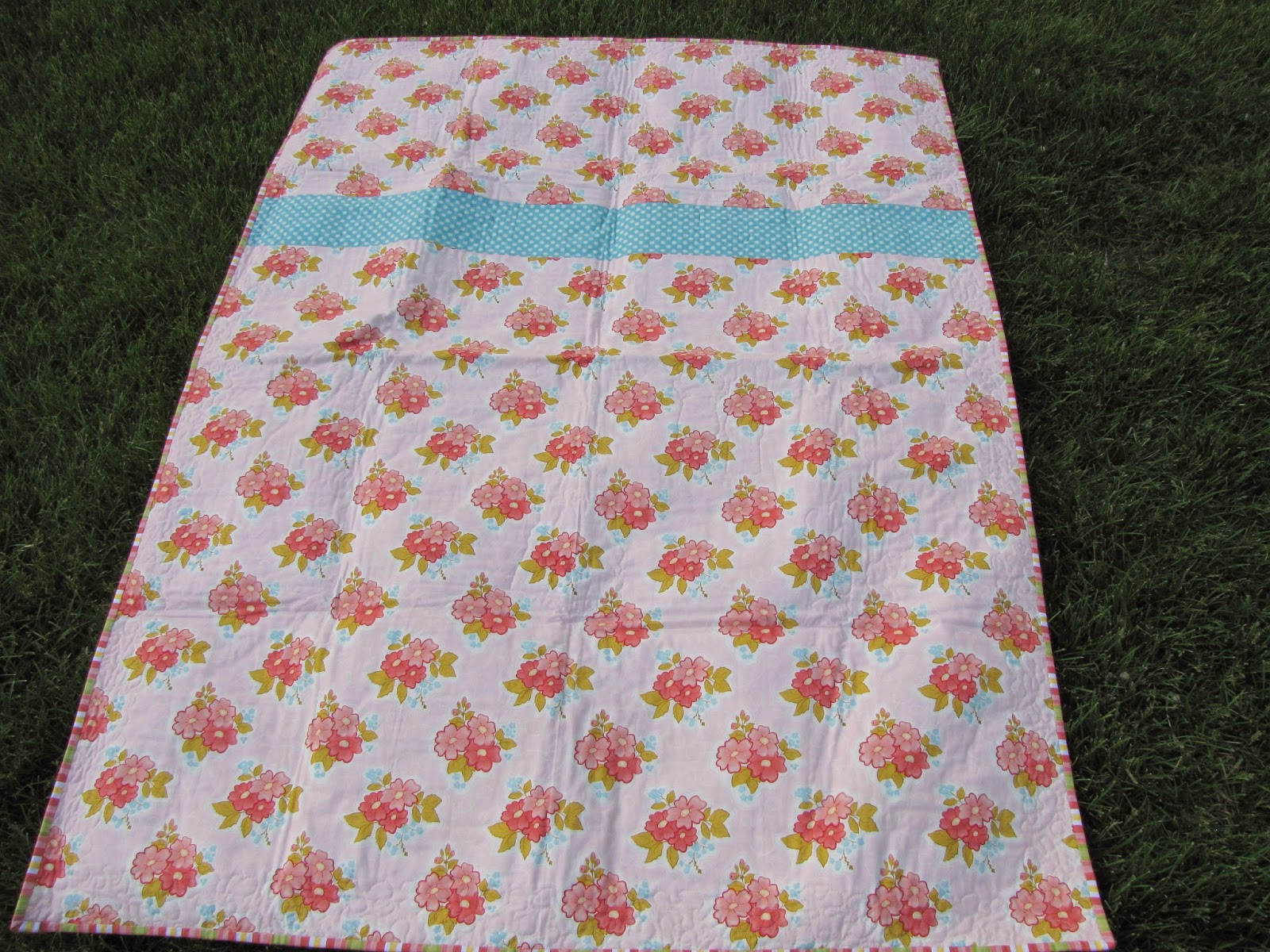 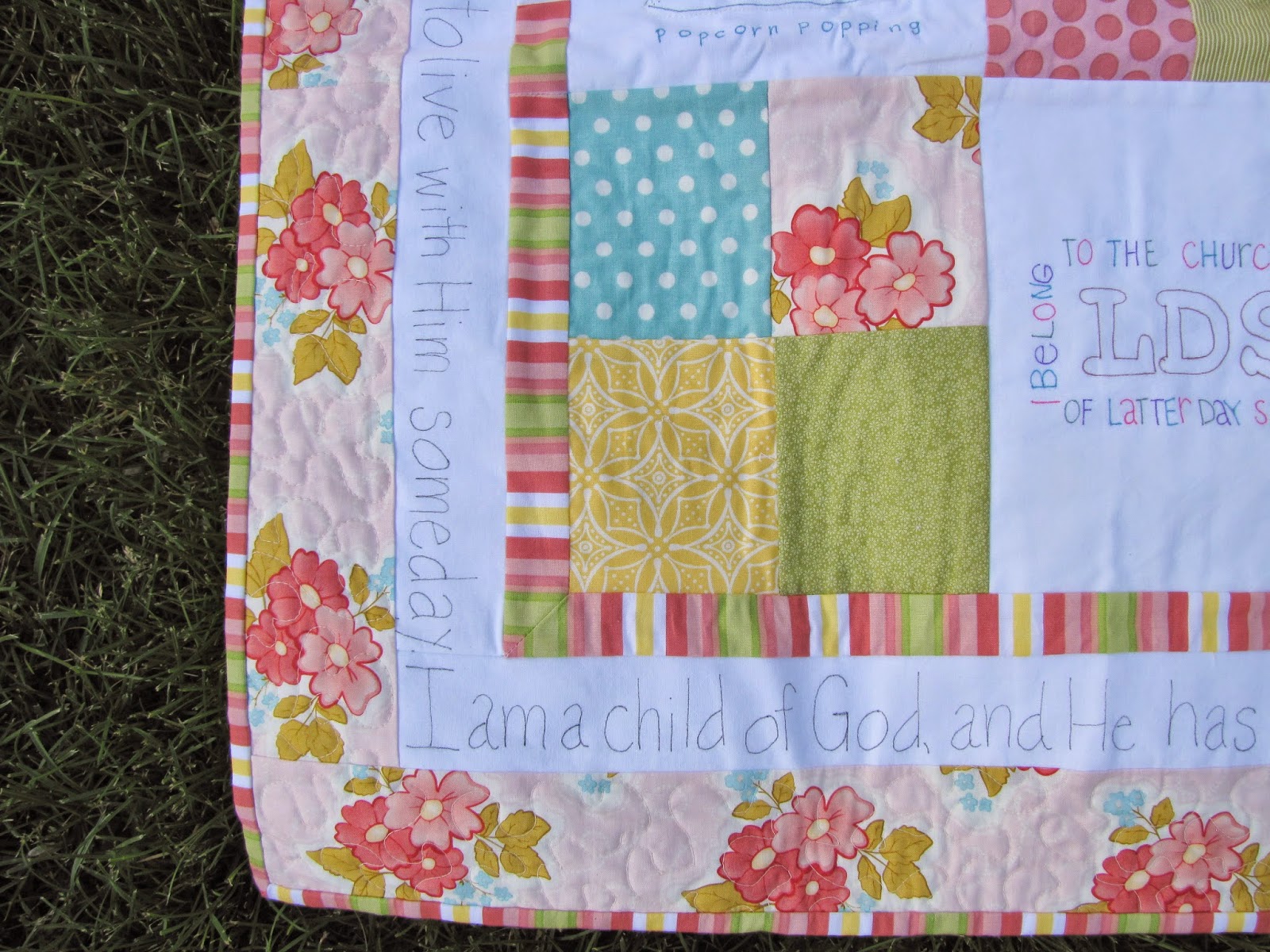 Posted by GrannyAnn at 9:56 AM No comments:

Getting ready for another grandchild to get baptized. Here are Miss B's cupcake toppers ready to stick into White Chocolate Cupcakes with Vanilla Bean Yogurt.(recipe to follow) I love all the ideas I can find on Pinterest.

Posted by GrannyAnn at 11:57 AM No comments:

I had the wonderful opportunity of seeing another grandchild baptized. I loved making this quilt with him. He choose his 15 favorite Primary songs all by himself. He had very definite ideas about what he did and did not want on it. I love when people have opinions that they can express. As long as they don't have to have a fit about it. But he is a darling boy and we had a good time designing it. I love him and am so proud of him. Here is the quilt: 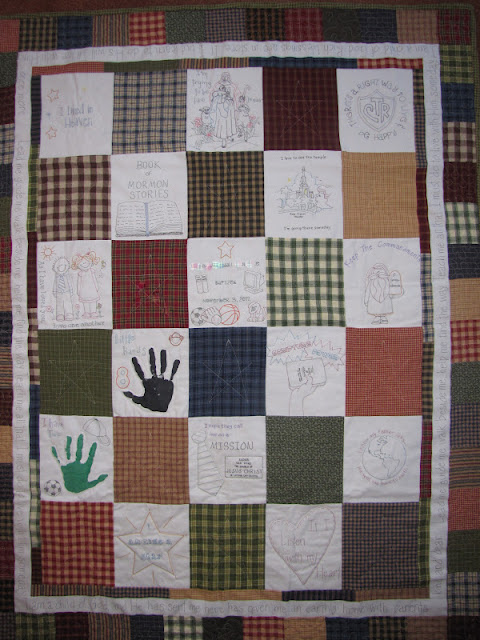 He wanted many of the same songs as L. (click here to see L's quilt) so I only made up a few new squares. 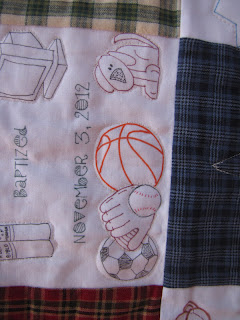 B is interested in computers, loves his scriptures, always wants a dog and is very good at sports so that is how I came up with his center square.

Posted by GrannyAnn at 11:56 AM No comments:

I am a nostalgic fool. Almost anything that reminds me of the past, especially of my parents, I feel like I need to save. My mother passed away 12 years ago and now my Dad is suffering from Alzheimer  He still remembers me and my siblings and things from his childhood but very little of anything else. I was going through my old recipes, the ones that are kept either in a shoe box or loose among the pages of your favorite cookbook. I found a slip of paper with my dad's handwriting on it. I knew immediately what it was. One of my favorite dessert recipes. Written on this same piece of paper is the info about my cousins baby. That baby is now 34 years old with two children of her own. Dad had called Aunt Eda to get the recipe for me and found out that her daughter had just had her first baby. So before writing the recipe down he got the baby's important info, i.e. weight, length, name. Just a scrap of paper, but also a scrap of history now. Crazy. But this recipe is crazy good! I did change out the chocolate pudding for pumpkin pudding for fall. You gotta love it. 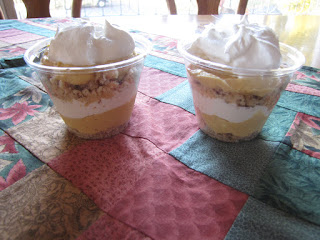 Combine flour and sugar. Cut cool butter into flour mixture as you could a pie crust. Stirr in nuts. Pat into a 9 x 13 dripper pan and bake @ 400 ºF for 15 minutes. Crumble crust. Set aside.

Combine cornstarch, sugar, salt and spice. Pour milk into a saucepan. Bring to a slow boil over medium heat. Whisk in cornstarch mixture. Cook until thickened. Remove from heat and let cool. When thoroughly cool beat in cream cheese until smooth. 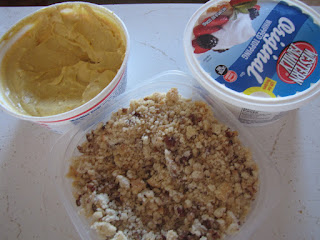 Shortcut: Combine parts 1 & 2 of the pudding and just layer with the crust. Or layer with Cool Whip and crust.

Posted by GrannyAnn at 12:25 PM No comments: